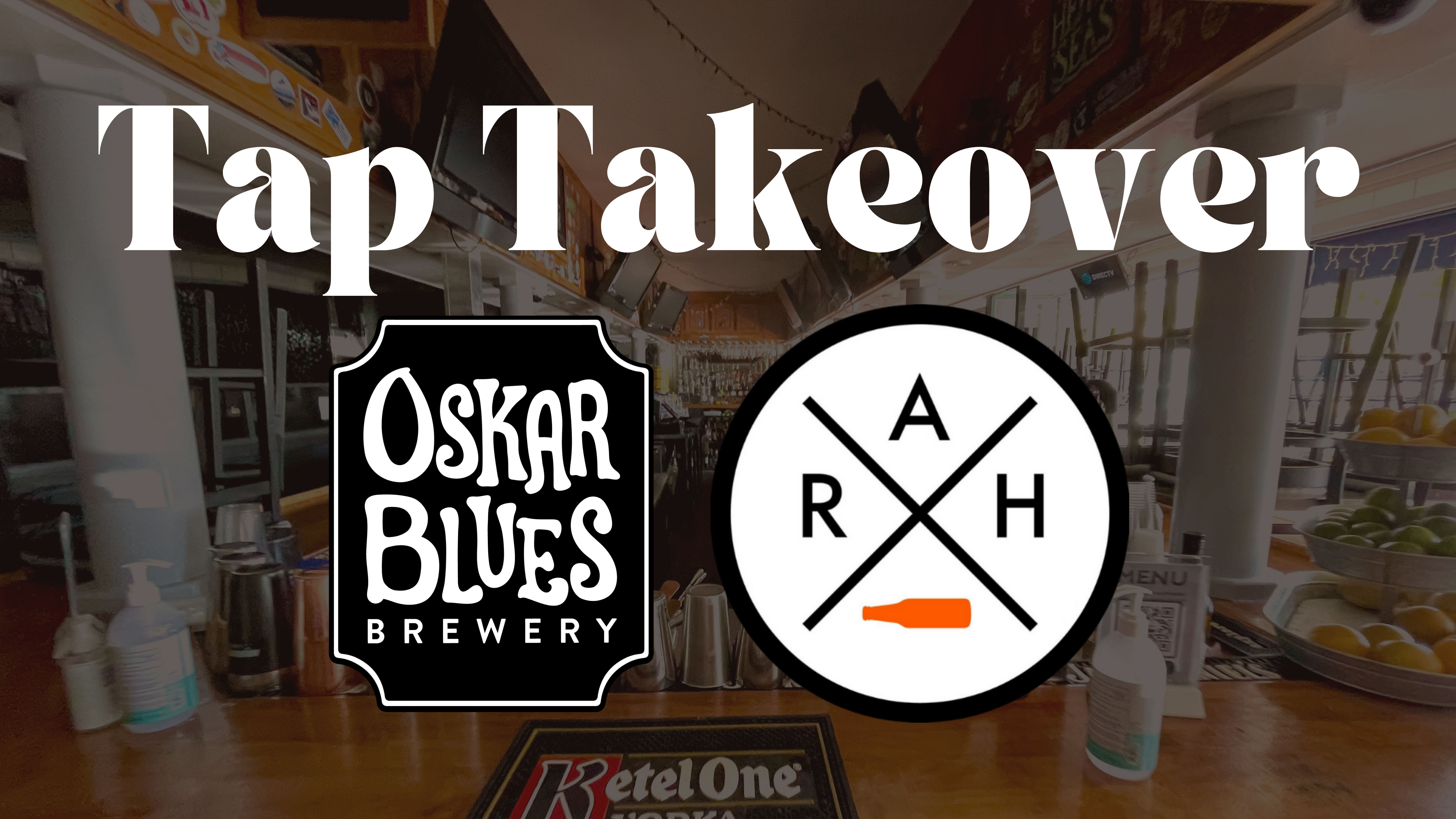 Time for another Tap Takeover at RAH!

Here at Rehoboth Ale House, we pride ourselves on the beer that we serve. We are committed to finding high-quality beers for your enjoyment… okay, and maybe ours too! While we have 20 beers on tap at a time, we like to showcase some of our favorite breweries once a month with a Tap Takeover! We bring the brewery to you! With owners and brewers in tow, we put several beers on tap from a select brewery, and encourage conversations about what you’re drinking! Sometimes, they bring freebies…

This month, we can’t think of anyone better to showcase than Oskar Blues! Here’s a bit about them!

“In 2002, in the funky little town of Lyons, Colorado, we shattered craft beer convention by stuffing our voluminously hopped mutha of a brew, Dale’s Pale Ale, into a portable, crushable, infinitely recyclable can. Craft beer in a can stays fresher for longer, and it’s easy to pack in (and pack out) on any soul-saving adventure. We now operate breweries in Colorado, North Carolina and Texas to provide craft beer in a can to all 50 states, Washington, D.C. and 17 other countries,” (Oskar Blues, 2022).

That said, they are bringing the below beers with them. For more information on each beer, just click on the name! You’ll be taken to Untappd, where hopefully you’ll check in your beers on the day of!