Pressing Strings LIVE On the Mile 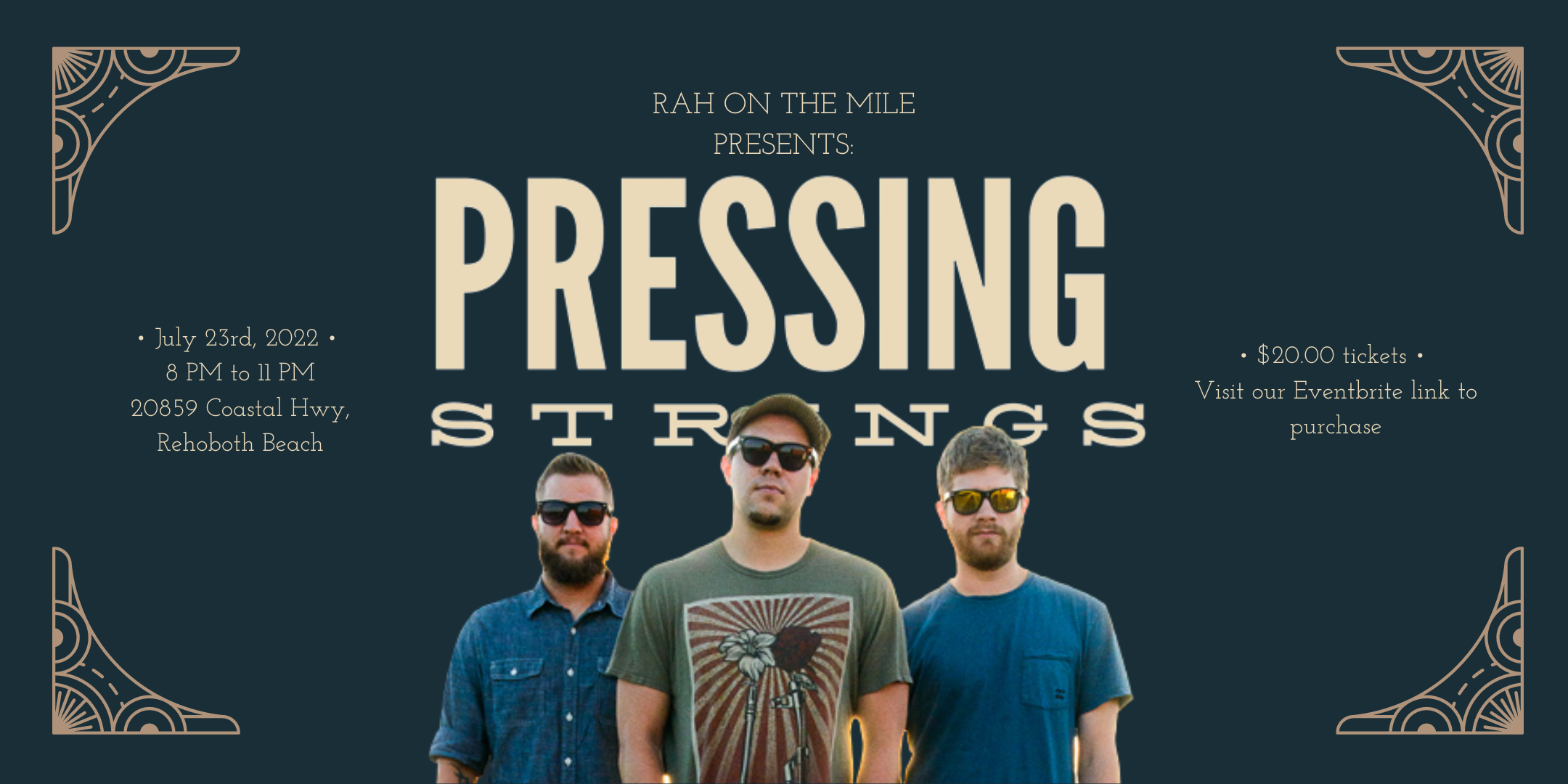 Pressing Strings is returning to RAH!

Tickets are being sold per table. Single seats are only available at the bar.

RAH On the Mile will be closing at 6 pm, and the doors for the event will open at 7 pm.

A small, event menu will be available for dinner service at your table. You can order drinks at the bar or through your server.

Sokel along with longtime bassist Nick Welker and former drummer Brandon Bartlett played every type of gig, paid their dues, and solidified Pressing Strings as a household name in nearby Annapolis, Baltimore, DC, and Maryland’s eastern shore selling burnt cd’s out of an old Samsonite suitcase.

Local radio took notice and began spinning the band’s music and eventually national AAA and non-com stations across the US where the band has consistently landed on top 100 charts. They have been featured on WTMD’s “Top 89 Songs of the Year” 5 times, WRNR’s “Top 103” 4 times and have played major festivals like Firefly, FloydFest, PeachFest, and have toured and opened for many acts including Rachel Yamagata, Sam Roberts Band, Rayland Baxter, Jerry Douglas, The Beach Boys, etc…