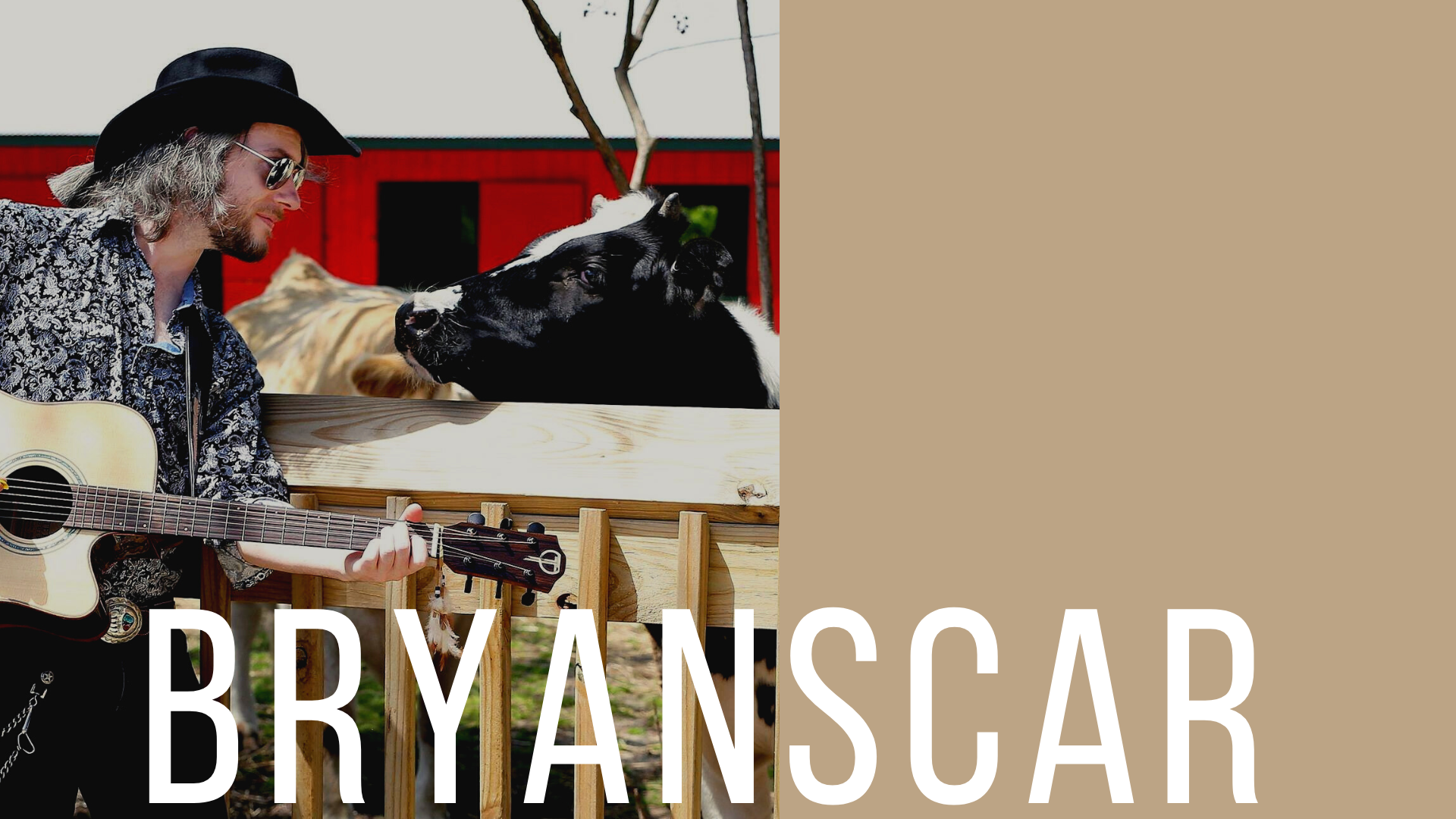 Here’s a bit about him:

“1991 in the little town of Lewes, DE: Independent artist Bryan Scar, began his journey. He was born into a family with a deep love of music, a passion that Bryan inherited at an early age. Bryan’s first guitar was a flamenco guitar handed down from his uncle. As he moved in and out of various bands through high school/college, Bryan developed a unique songwriting style composed of his many influences, including John Denver, Billy Joel, and Jim Croce. During this time, he also grew experience as a composer, thus mastering the song process from start to finish.

After 1 year of studying music in Los Angeles, CA, Bryan returned to his home state of Delaware in late 2012 to start his journey as a solo artist. He draws his inspiration from America’s countryside, his personal journey as an artist, and events in history. Since 2013 he has released 4 albums, played numerous times on local radio/television stations, got nominated for the “Best Local Artist” award in 2016 & won Delaware Today’s “Best Local Artist downstate” award in 2021.

He currently performs across the breweries/restaurants from Delaware all the way to Tennessee. He has also just formed a trio called “Bryan & The Barn Owls”! When asked what his goals are he says “To eventually perform around the nation & share my songs with anyone who will listen,” (Jenny West, 2022)!

During Bryan’s set, we’ll have a Tap Takeover going on from Tripping Animals! For information on the TT, click HERE.